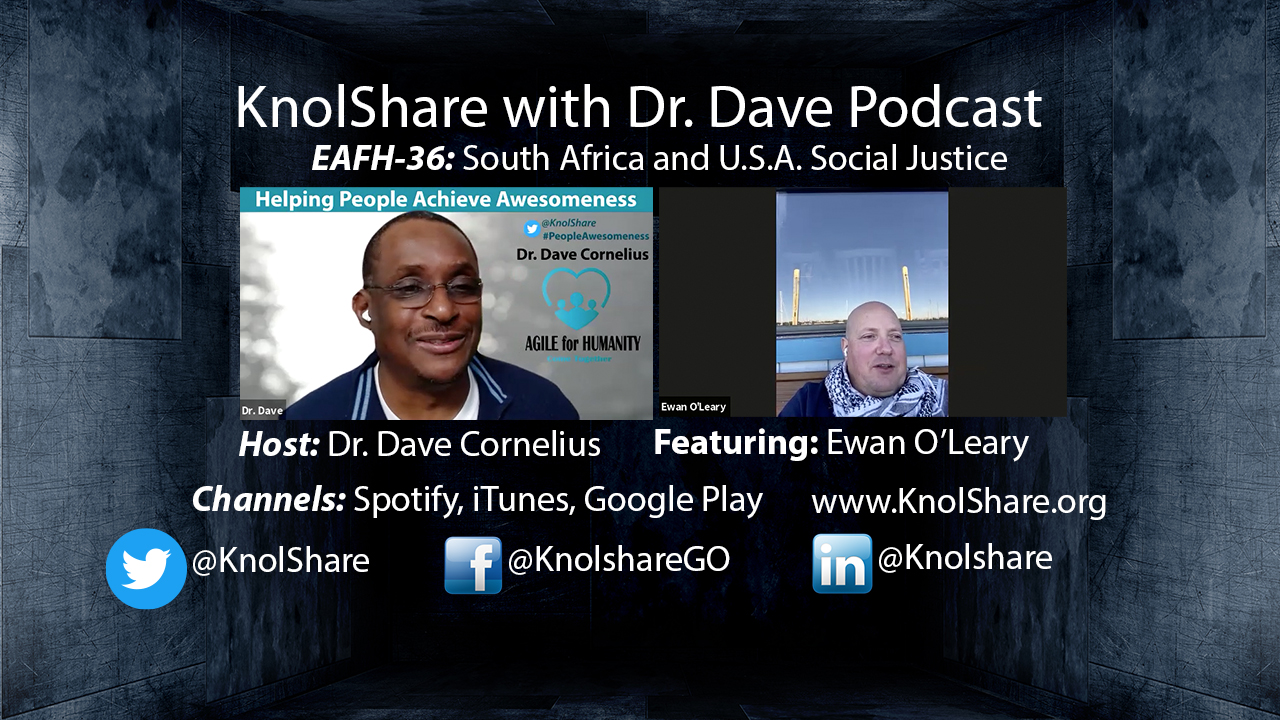 So, I guess I'm sort of carrying a few things around, maybe a chip on my shoulder or two, or 17, I don't know. But I grew up in South Africa, I left South Africa in 2000 and moved to the United States, and I feel a tremendous sense of privilege at being able to do that. You know, South Africa is a country with its own amazingly and painfully beautiful history, in so many different ways and for so many different people. For some folks, the beauty isn't there, it's just mostly pain. I try to sort of find a silver lining in every cloud, but I find that, obviously, with the privilege that I bring into any situation.

So, I've been coaching as an agile coach, technically since, and I say technically, since 2008, that was the first time I spun up a scrum team to solve some problems in an organization. But I've been in software development since I was eight and I persuaded my dad to trade his HP 12c in for a Commodore 64.

Posted in KnolShare with Dr. Dave